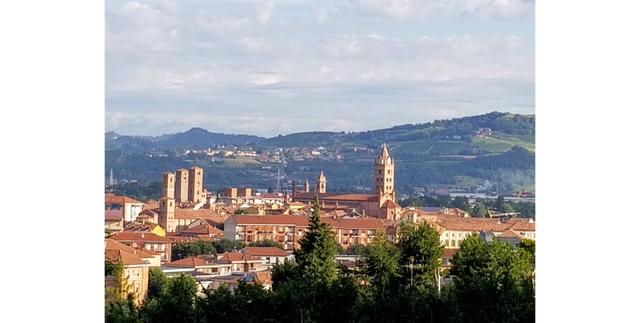 for bass clarinet and marimba

Add to Cart
jnthnpsthm · Suite excentrique
Program Notes:
Early in the process of creating Suite excentrique, I wanted to explore Baroque dance forms, especially
those associated with genre of the keyboard suite. Historically, these dances borrowed from national
traditions, but over time, they were warped and molded into new traditions. In traditional keyboard
suites, each dance is in the same key and follows conventions of rhythm and form. Rather than
establishing a key, this suite uses a finite set of motives, all derived from a chromatic row of pitches:

Though ambiguous, this melody seems to resolve on E and suggests an E lydian mode. It was this
"E-centric" motive that gives the suite its name and movement titles, all of which begin with the letter E.
Curiously, when finding adjectives that expressed the mood of these dances, I found that many of these
words are synonyms of one another and also cognates or derivatives of words in French:
esclave, ensorceler, enchanté, ensevelir, enveloppé, entourer, enterré, englouti. These adjectives suggest various
moods through the piece, some more abstract and some more narrative in nature. While some of the
dances adhere more strictly to the conventions of Baroque dance forms, many wander distantly from
their sources in order to explore their more 'eccentric' natures.

The descriptive titles should inform the overarching narrative of the suite, which could be enacted like
scenes of a ballet or accompanied by film or images.

Note: The full version with no cuts is between 25 - 26 minutes, but with cuts to Allemande II and Sarabande it is closer to 20 - 21 minutes. A short version of around 10 minutes can be programmed using the following movements:

Or, a three movement version using one of the following combinations:

Enthralled (Ouverture); Aggressive and Stately (q = 52)
The character begins with aggression, but seeks to control their emotions. Though struggling with their loss, they seek to subdue their identity in the wake of tragedy.

Enchanted (Allemande I); Hypnotically; With Regularity but Fluid (q = 62)
The character's creeping thoughts and memories both tempt and calm them. Though resistant at first, the character drifts into memory.

Enshrouded (Allemande II); Elegantly, A Bit Seductive, Freely (q = 48)
Memories and images from the past are soothing and seductive, but also trigger feelings of suspicion and sadness. Though the phrases resemble one another, they seem to be always shifting and changing.

Enraptured (Courante); Playful, Coy and Jocular, Like a Bubbly Conversation (q = 100)
A clear and concise memory takes the form of a conversation. The character and their past are most in sync.

Enwrapped (Sarabande); Introspective,
Calm but Filled With Self-Doubt and Distraction (q = 50)
The character looks inward, hoping to find clarity, but distractions and self-doubt are ever-present. For a brief moment there is joy, but it is ephemeral, and fades back into the night.

Enveloped (Gavotte I); Spritely and Quirkily (h = 72)
The character seeks joviality in games, puzzles, and light-entertainment, but there is something off-putting and rotten beneath the surface.

Enfolded (Gavotte II); L'istesso tempo (q = 144)
The façade is stripped away, revealing the darker, more grotesque, and frenetic realities that plague the character. But by the end, the mask is put back in place and the charade continues.

Entombed (Pavane); Dark, Brooding, Mournful, But Still Stately (q = 80)
The character visits a dark and mournful place in their memory and in this moment of repose there is catharsis and spiritual peace.

Engulfed (Gigue); Wildly, Consumed by Emotion, As If Burning or Drowning (q. = 60)
The character has a fateful realization that they can never fully escape their past and feels trapped. As they panic, they are unsure if they are burning up in rage or drowning in tears.